What Does the Brain Think of Abstinence & Harm Addiction? 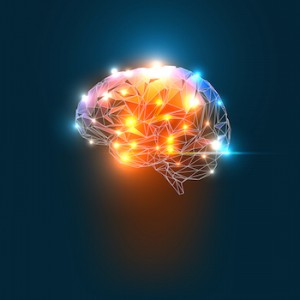 What is abstinence & harm addiction?

“ I’d like to know how you feel about harm reduction, and if it is possible to learn to use drugs moderately if completely sobriety does not work. What about that population?- Abstinence is not for everyone. Can you make some comments on that, and how family copes when the addict is still using now and again, but learned to reduce the harm the addiction brought, and what the process is. I personally think that harm reduction may work for some, and be the only road, for others. What do you think?”

Maybe I am a little strange, but as a neuroscience guy I read a lot of opinion-based articles and cringe when I see true neuroscience and pseudo-neuroscience get fused with no sense of intellectual integrity. Pop culture has a way of doing that, and Google’s exponential increase of any and all type of information certainly doesn’t help the clean up. So I love to imagine the brain, as if a personified “being” on a talk show being interviewed about what IT thinks of all this informational glut . For once, we would have no ego, no half-truths, and the black box of our mind can tell us to shut up and listen to how things are.

What would it say if it could respond to our righteousness about how “right” we are?

Well, nothing could be more timely of a topic to get the brain’s opinions on then what road we take to solve a growing epidemic around addiction in our culture. What would the brain’s position be on the ol’ abstinence vs. harm reduction debate around how best treat addiction? 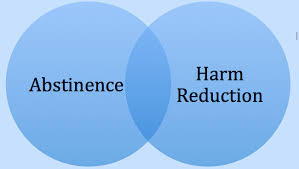 This is an important distinction to consider, for if one scours the internet for articles on both topics they suffer from the following problems:

So to take a deeper dive, let’s try to not slip into these illusions of thought and let’s have the brain itself respond to what it thinks of these principles of harm reduction, noted by the Harm Reduction Coalition. I have chosen to get the brain to respond to this side of the fence, because in heated arguments it is the more nuanced idea (compared to an easier-to-access idea like “abstinence”) that can suffer the risk of being missed by the other.

This sounds good, right? But while it is kind of sort of true, the missing higher-truth nugget is this: there are more possibilities than ignoring or condemning. Virtue ethics discusses maximization of a higher good, not just minimizing a harm. The balance is tricky and left to its own devices, the brain will NOT automatically seek higher virtue if it has a model of thought that doesn’t push it higher. So this principle is not “wrong”, but it can be misused by addicts and educators alike to settle on a “good enough” level.

This premise acknowledges the inherent trade-off that is a part of “neuroeconomics” and the dance of how the brain makes decisions. Safety is indeed a very critical factor in how one moves through the stages of change. While it is true that some behaviors are safer than others, it can be for some people a moral/ethical dilemma to potentially promote a lesser risky version of something problematic when the bottom line remains unchanged regarding the detriment to self. You see, addiction is a multi-faceted disorder of “self” and what is safe on one physiological level may be a killer on another psychological/spiritual level.

To me this speaks of the second-order nature of the brain when looking at how wild/unpredictable experiences, including supposed “failure,” can influence a greater good. This is just a neurological law of learning and why many top companies and their Chief Learning Officers promote wide scale practicing of failure with their employees so as to improve likelihood of innovating. So the premise for change may be risk. So we have to honor this tough dialectic of risk and safety when it comes to addiction progress, and I don’t believe the brain sees automatically dialectical wisdoms, and the “greys” hidden behind the black and the white.

To me this premise confuses the content/assumptions/structure, so to speak, of an “idea” with how it is delivered. Abstinent and Harm Reduction advocates, when playing their “A” game, should never come from a place of judgment. But that does not mean it isn’t wisdom to help people have the right type of problems. Many times when lines and boundaries have to be draw with someone, the other loves to play the “you are judging me card”. If this premise truly argues for a loving acceptance of others and their decisions (vs. merely and cleverly getting readers to think abstinence = judgment or coercion), then I am all for this. But you see the brain will not make this fine level distinction on its own. It will automatically make snap judgments based on its own experiences with fear, threat, anxiety, etc. , and read this premise on two levels simultaneously—the words and the intention. Neuromarketers have brilliantly exploited this in our day to day life with consumer goods.

This is a beautiful premise and indeed independently true. One would hope that all policies naturally subsume the greater good of the people it supposedly serves. But we have a risk of a circular argument here; for it doesn’t’ naturally discern between “necessary pain” and “unnecessary pain” of change. For it is very possible an addict can misuse their case for harm reduction, for by virtue of their disorder they have suffered an extent of impairment to judgment. Again, the brain makes a one size fits al

l type response to things and if we have a lazy brain we can fail to “call BS” on ourselves and seek a deeper nuanced understandings of something.

This has a great truth inside it: people are responsible for their decisions in life. But my bias is it isn’t always about the feel-good construct of “empowerment”, for the culture of autonomy we live in today can sadly trade off wisdom for the right to have themselves walk right off a cliff. Not to mention sometimes it is about dis-empowering really well the unworthy folk too. While people own their own decisions, ethically I do feel we need to counteract the ‘vain brain” (what many neuroscientists have called the ego-based circuitry) which will make itself right and not happy or satisfied over the long term very easily. We all have that two-year-old in us that wants something when it wants something and can make a hell of case that the world is wrong and we are “right” (perpetually…lol). This is endemic to the non-addict brain too, something most of us forget when working with treatment plan decisions of addicts.

Absolutely. Next question?…lol… To me this just says many things affect many things. This is a necessary but not sufficient truth for basing a policy-oriented decision on.

In isolation, this premise is fantastic; but when put in conjunction with all the other premises, I feel its position is compromised, IF any of my comments on the other points hold water. Again, this is a great elusive aspect of self-deceit that we all have in putting forth our ‘causes and positions”. If one really looks at a transcript of our day to day life, we will see tons of contradictions that speak some to the essence of the modular mind, but some to mere trickery of the brain to move coconuts around so it can’t be found out.

All this to say, we must not forget that the “abstinence vs harm reduction” argument can never be discussed without acknowledging not just what is best for the addict, but what could be worst for us to admit as the “non-addict” commentators due to our inherent self-deceiving mechanisms of the brain.

For more information visit Grey Matters International or email him personally (preferred) at [email protected] for a personal consultation‎. He can also be reached at 1-877-606-6161.

A new approach to achieving better mental health
May 13, 2016

Combining ideas to find truth| Where is the happy medium?
April 1, 2015