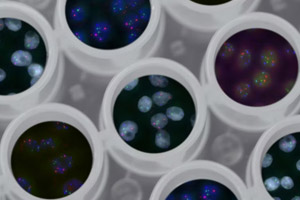 the activity of exploiting genetic material experimentally without regard to accepted ethical standards, or for criminal purposes.

While the above definition is, well, a little rough in its extreme calling-out of all innovation coined as a neuro or bio hacking device designed to help consumers “track” many markers of their physical life (quality of sleep, steps walked per day, etc.),  it did wake me up a bit when I read it and realized the contrast between this 15.4 billion dollar market(and projected to grow 20 percent from current to 2028!) and what I am calling from a pull in my heart, not to biometric devices, but to soul metrics. I can tell you the ROI (return on investment) for measuring how well the soul is doing isn’t going to bring in the venture capital money like the current health tracking devices of our modern day. Nonetheless to a guy trained in the assessment and measurement of everything possibly impaired, wrong, inadequate, incomplete or dysfunctional of a human being, there are many days I actually wish I had a soul metric device to wake up a client from a sort of consciousness “fog” that blocks deeper, more mystical hard-to-grasp concepts like “essence” or “wisdom.”  Beyond the empirically derived treatment plans that make up so much of what is deemed the best practice route for us shrinks, I still believe that understanding those two words—-wisdom and the essence of something—-carry powerful pieces of behavior change influence for the otherwise “normal” (psychologically) person who seems to be still not happy (NOTE: I am not a big fan of that word “normal”, by the way; for methods that employ such designations can prompt the misuse of statistics via percentile ranks, for example, to reinforce one to not look any farther or deeper into one’s self-deception…but I digress).

So, yes, soul metrics may be a bit goofy perhaps in its sound, but it did hit me on the treadmill this morning as I looked around and saw so many people caring—yes, a good thing—about their body and their health, using wearables to track everything they were doing; and to know where they were at with all their efforts.  Something endorphin-like there for sure, in the knowing and reducing of cognitive dissonance. And this is not a bad thing for sure, when this seeking-and-checking remains inside this realm of evaluation of a particular part of physical health.  I mean, I can remember being clueless about the benefits of a “maximum heart rate” years ago and not knowing if my workouts were indeed giving me the best bang for the buck.  There is indeed something sensible about ensuring one’s time is not fruitlessly spent in an area of life one cares about.

But as I walked a bit on the treadmill and looked around, doing my morning meditation and prayers, my weird brain thought, “wow, what if there was a way to do some soul metrics with the invisible parts of our life that allegedly (operative assumption here, so don’t send me hate mail please…lol) may matter more in the grand scheme of things?  I mean, clearly we as human beings love the biohacking, wearable device, tracking ‘phenomenon” of the bio/neuro realm for some 15 billion plus reasons as noted above with its monetary rewards.  So, what are those hooks that make using them so appealing? It seems the key facets may be:

– addiction-feel of ‘data” (a number, a visual or a graph always seems to encapsulate ‘truth” more than a run on sentence or wordy article like mine here, even if the number is false or merely half true. Research has shown that the neuroscience-based journal article with a “picture” of brain imaging to support the premise within is more truthful/real than the other identical article that doesn’t have the brain scan, even though the same statistical finding and conclusion is expressed in both.)

This last point is particularly interesting. For I sometimes think of the people or companies who get lots of “followers” to their ideas on social media; they sell their message most effectively with neuromarketing hooks.  As many of the neuromarketing researchers have shown with advertising, it is all about selling a message to the visual cortex—an older, more primal part of the brain— that hooks and grabs fast the attentional circuitry and shows without explanation needed (cognitively) why one MUST have this product now.  It shows the contrast of “before the use of a product and after the use of a product” and the value to the consumer in a mere nanosecond.  If you think about it, that is so pleasure-full and delightful on the brain, when those 3 lemons, so to speak, all line up like a psychological jackpot prize—immediacy, certainty, confirmation (through data).

The only catch here, is that those 3 three things and the resultant dopamine release one gets from experiencing them is damn reinforcing for, at times, all the wrong reasons….and can blur what is really actually true from what feels like truth.  And it hit me with my soul metrics thought:

Sure, folks, we have mood trackers galore on the app stores, diagnostic tests of neurotransmitters, and psychological tests on supposedly what your personality is—but this is not what I am talking about. Personality, moods, and chemical levels of the brain are surely related to psych stuff, but not necessarily even critical for a saving of a soul here on Earth (regardless of whether you believe in an afterlife). While our world sure does reward “happiness” as the sin qua non of well-being and high functioning, for those who do believe in something after this life, I actually think Heaven is full of a bunch of ‘low scorers” on many of the aptitude tests, neuropsychological evaluations, performance reviews, and mood-based lab work.

Before people get all upset that this is some quasi-religious article, wait a minute please.  It is a call to help the reader see why tracking, measuring and evaluating worldly based “stuff” to what we call health may not translate perfectly to a profound peace sought in and through and by this life, that’s all.  I have seen in the 20+ years of my professional work with people that there is a difference between evidencing prescribed behaviors given by me, the shrink, that would be deemed “healthy” and those behaviors done WITH a spirit of loving intention behind the prescribed behavior, always unknown, for the true goodwill of another human being. This distinction is on a heart level and not found in any assessment out there on the “market”. Said another way, therapy always seemed inadequate in being able to make happen and “measure” this kind of stuff that I felt had the key to sustainable whole systems consciousness change. With therapy’s emphasis on the cognitive-behavioral, neurological or biological, we missed many times the elusive, irksome, and wildly irrational road to the conversion of the heart.  To me, it is an integrative journey merging body, mind, heart and soul, necessary to move someone from doing the right thing for the wrong reason to doing the right thing for the right reason.  And, yes, to be fair to the biohacking lens on reality, there is a huge role of the body-level in this transformational work. That is, I do think the physical nature of our world/our bodies is not meant to just be interpreted on that level, but rather to spill over and co-influence many other parts of the human psyche, lab numbers and decision making—even the person of Christ did his healings with the mud of the earth and the spittle of the human body to embody the healing in/with nature itself. So, whatever is the ultimate evidence of “high performance and true inner transformation “it most likely includes both the body and the spiritual realm.

Now, common rebuffs to what I wrote above are typically of the following types:

What if all this feedback-giving through data, reports, devices, apps, etc., while intended to serve a good purpose within boundaries, can backfire on us, with the brain either over-extrapolating what it actually means or anaesthetizing us to not look beyond just the number. I think there is something here.  Feedback is a double-edged sword.  For instance, an airplane cockpit and its functioning gauges which keep a plane in the sky is a bit more “black and white” compared to our own biometric-infused world of data and how we get potentially overly conditioned on that realm of existence, missing out on how we are doing in (arguably) other mysterious or data-resistant realms that have their own substantive meaning to a ‘measurable” good life; one that can also prevent many a crash of sorts. That is, those from our own myopia or attachment when we get so lost in the world and its allure of ‘data”. What do I mean?

I guess the big point is this:  immediate feedback-reinforced living can cause us to miss big time the truer look at the internal life, or give us false reasons to feel falsely comfortable “as is” …..for feedback-reinforced living doesn’t discern well what the world thinks needs to be “left as is or to change” from what, say, God/Higher Power/Natural Law of Things sees as to be left as is or to change. Or, heck, even our heart—not just our measured pulse or rhythmic pattern—and its mysterious ways it speaks to us to lean into a choice we are ignoring over and over.

In fact, this ‘other world’ behind data can be so radically different than logic.

Maybe the best soul metric device is a meta-level gadget, one that points us to “feedback about all our feedback” to show its absurdity–just to nudge us to make space and room from all the information overload created from these types of apps and biohacking devices. This makes me think of a recent study that just came out showing how human beings systemically underestimated how much more peaceful they would be in solitude compared to social media time, Google surfing, “doom scrolling,” You Tubing, and searching through their phone.   This research showed me that it may not be so much that we are addicted to our technologies/devices/phones, but more that we are under-addicted to the “right stuff”. It may be there is so much of a dearth of time logged on the other side of this equation that ultimately affects a relevant, fair, calculable comparison in the first place.  As we blissfully hardwire ourselves away to a state of satisfied dissatisfaction, perhaps we are constantly underestimating in our brain’s prediction ratios the power of being silent and being with ourselves, alone. Quiet. Tracking nothing. Listening to the track-less stimuli of moments passing.

It’s wild how the device itself that measures “how you are doing” misses the bigger issue of predicting what we think actually will make us happier, healthier, more peaceful.

I guess a fitness tracker measuring your steps doesn’t care if those steps are forward or backward.