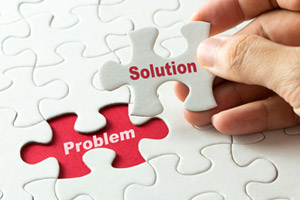 And so the cycle of madness continues.

But I wish madness was clearly visible. It’s always cloaked in great words: transformation, change, happiness, peace, high performance, alignment, conflict resolution, profit, success, and, well, the list goes on. What’s fascinating? You can be giving the wrong advice underneath or entwined inside these words, but when the brain hears these words, it creates a sort dissociative, transfixing, calming response. I believe a neurochemical response pattern akin to addiction circuitry is activated. I really do. What makes humanity fascinating is the way it can hang out with contradictory concepts and seek dissonance reduction more than truth but use WORDS as substitutes for “truth.” For would soberly grounded and engaged brains fork out 11 billion dollars in 2019 for self-help products that is done mostly by buyers who have bought similar “solutions” in the past 18 months? This to me says most of the dollars are coming from people who were promised prior solutions to a problem and are relatively quickly on to the next solution.

What is going on here?

I think it is said best by one of the great apologists of the 20th century, Frank Sheed, in the quote below. Given the time his brilliant book Society and Sanity was written (1953), and from where this quote is taken, the use of “man” for human nature was commonplace, and so I share the quote unadulterated for the effect underneath gender that he was trying to make a point of, outside of an inclusion issue. Please, readers, know he is referring, of course, to the essence of a human being here in this powerful quote:

“But in the whole of our social life, man is overlooked. Man is taken simply as a word, the label for a particular kind of being (the kind of which we belong ourselves), and nobody stops for any serious consideration of what the word means. We proceed immediately to consider how to make the creature happier without ever asking what the creature is. It should be just the other way around. When some new proposal is made which affects the way men live our immediate reaction is always to ask, Will it make men happier? But this should be the second question, not the first. The first question should be, Does it fit the nature of man?”

Because of an aversion of some sort to look at the “what is-ness” of a human being, perhaps at the risk of hitting a wire that makes those truths unpopular to say in this raw and tense world we live in, we are questing for things that may not be possible. And God forbid we say a heresy sentence like that in this everything-is-possible culture of autonomy. For instance, I keep hearing a phrase now that I find fascinating: “In these uncertain times we are living in now…” Hmmm. Compared to the Age of Certain Times back in the day? We have this strange sense that we can control more than we did years ago; but technological breakthroughs are methodological changes and not changes to reality of the human itself. THIS is where we persist in going after more and more of change wishes, at the cost of what is.

So, yes, this article begs the question—what are those quiet yet persisting “things” of human being-ness that seem immune to progress/change/increased happiness and weight loss and perfection at all costs? Or better said, the things we should be accepting first about our nature before seeking limitless change—for maybe when we do that, change would happen quietly and more authentically in us, in our hearts:

With these powerful undercurrents at play in our life and our perceived rightness on everything, one wonders if we really know what we think we know about why we do what we do, and if we can even be discerning enough to know issues of amount, context, timing, and other perceptually non-salient variables we flat out simply ignore or make “all the same.” I am reminded of a great lyric from a song called “Ignorance and Privilege” from the folk singer John Gorka, that points to this invisible force of influence:

I believe the way we think is fueled, too, by a wind that if we don’t grow an awareness to/for it, we will continually solve wrong problems of life really well, blinded by the pleasure creation in our brain that was glad to create something, anything. Let’s hope we don’t stay stuck looking at the water like Narcissus, loving the “creator” we deemed ourselves over the laws of Creation or Reality, and share the same fate.