When Thinking Outside the Box is Not Enough: Pseudo-Creative Thinking in Washington DC Politics 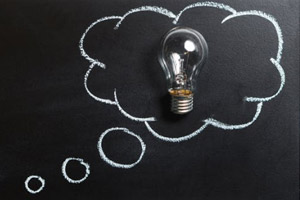 Let me warn you, what you’re about to read has little to do with whether you identify as a Republican or a Democrat and yet has everything to do with the true nature of Washington D.C. and the world as we know it.

Our brain’s ability for information processing is severely constrained by the rigid definitions with which we view our identity/reality. This is especially true in policymaking, wherein your party affiliation, even in the case of Independents, gives you a very constrained view of the solutions available to you for complex problems such as the government’s response to what is now the third wave of the Covid-19 epidemic. Despite our valiant efforts, we are all susceptible to illusions in and around our decision-making prowess. How effective, then, can creative brainstorming be in policymaking given our rigid ideas about what is an appropriate stance for each party?

With the divide between the Right and the Left increasing with each passing day, every decision taken by the current administration has had several criticisms, leading me to wonder what kind of conversations took place behind the scenes while formulating these policies.
What sorts of choices were examined? How did the group realize they were on to some extraordinary thoughts? How were the responses to every one of the thoughts presented? Was oblivious compliance present or were there more tricky components sneaking around there?

Helping teams brainstorm for creative solutions is one of the cornerstones of my practice as an executive coach. And what usually hinders this process is not external factors (such as the ever-present love of statistical data across all political parties) but internal factors that limit our creativity. Let me elaborate on this.

Across all fields, we seem to have zeroed in on an obsession with coming up with creative solutions by thinking outside of the box. But how often have we stopped to wonder about the proverbial box in the first place? Likely never, because we’re primarily concerned with how to get out of it instead. This is the root cause of what I like to call pseudo-creativity, wherein creative thought is nothing but the most contrarian viewpoint available. Often, this pseudo-creativity is the bottom line in all business and political processes, while the actual language of the bottom line aka the finances is merely verbally noted. Why? It’s because we haven’t linked knowledge of the verbal world with the neuro-level of processing laws that are running the show.

Therefore, how can we avoid this form of thinking during high-stakes meetings just like the ones led by Biden to come up with the latest Coronavirus measures?

Firstly, it is important to understand the role of language/culture and its influence on free association-type thinking processes. The unconscious mind is highly influenced by patterns, information that it has accrued by observing its environment. So despite your best efforts, setting up a brainstorming meeting to get outside the box we have grown to hate may not lead to substantial gains.

Research by Dr. Charlan Nemeth, a psychologist at UC-Berkeley, throws some light on how we can push through this neurological tendency. During an experiment, subjects were shown colors on a slide, with people naming the color they saw. Subsequently, they did some free association tasks with these colors. The other group carried out the same process, but in this case, instead of calling out the color themselves, the lab assistant called out the wrong name for every color. Think seeing the color “yellow” on the screen and hearing “red”. The interesting thing here is the impact of this on the free association results. People from the first group had “standard” results — “blue” would bring up “sky” and “green” would mean “leaves”. However, the second group had free associations that differed from the first group by a standard deviation of two, with subjects having responses like “Miles Davis” for the color “blue”.

The implications of this experiment on creative thought are beyond far-reaching, especially in the presidential strategy. Is it possible to acknowledge the veracity of erstwhile dissenting beliefs without getting stuck in the “political rhetoric” that these thoughts belong to the “other side”? How can political parties push beyond the generic bi-partisan tendency to come up with “sky” level responses when dealing with a “blue”-question? Do we acknowledge the “wingmen” of political ideas, whose flat-out wrong conclusions eventually lead us to the right answer?

These questions transcend our pseudo-creative tendencies of needing to “join both parties”, giving us something beyond its Kumbaya effect and helping us yearn more a hitherto unseen reality.

And this is why our brain loves Washington D.C. — by demarcating things in the name of “bipartisan politics” we’re lulled into a false sense of comfort, secure in the thought that we’ve come up with a solution that makes everyone happy. But when we do wake up, there’s no need to panic. After all, there’s always going to be another answer that’s equally wrong but made by our illusions.