5 Ways To Fail Successfully: Why Paradox Matters for Leaders 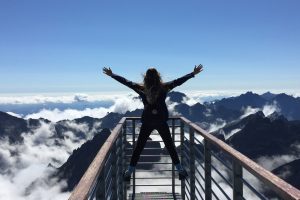 1. Failure is a beautiful norm. If science can teach business anything, it is this not so sexy fact: The problem with science isn’t that most experiments fail; it is that most failure is ignored. Lots of research has been conducted that the stuff we read in peer-reviewed journals is biased towards “statistically significant’ results, implicitly and explicitly rewarding the successful result as ‘better’. The failed or neutral-finding experiment could be the perfect piece of wisdom one needs to know about. One theory behind why this asymmetry goes on is that the brain is wired to seek what it wants to think is true (confirmation bias), over what is actually more true. And so the next failure you experience with yourself or with others, especially if it happens like a failed experiment over and over, stop the urge to “pad your data’ by projecting onto the other person and love and see “what is’. It could save you a lot of headaches.

2. A learned brain is a dangerous thing. Kuhn, a genius philosopher of science, once said, “the only scientists capable of paradigmatic revolutions are those new to the field or very naive.’ Research has shown this, that the intellectual narcissistic blinders (ie, needing to be right vs. effective with people in the most genuine of senses) comes off in the hallways AFTER the center stage,lights, and clapping after a talk….during the impromptu discussions. For, in these contexts, the brain is not primed to be right. This is all a lot more wired than we think. Other research has shown that it takes utter boundary type reality violating statements (dare we say the introduction of the absurd?) to shock the brain’s prefrontal cortex, enough to come up with second-order change type associations. So risking utter embarrassment (not just a “safe failure” in contrived brainstorming sessions) may just be the type of failure needed to bring on the type of success that we actually need.

3. Making failure to feel good hurts you. If you are like me, you have likely heard the ol’ saying “failure makes us stronger.” While the intention behind that may be ‘good’, I think from a neuroscience side of things it ironically is not doing what you think it is to the person you are speaking this to. That is, the brain is getting validated via the reduction of threat circuitry. While this is of course an essential component to get the brain to shift and change, we usually ‘stop there’ with people and assume that the necessary learning has taken place. And in my work, I have actually seen that relational dynamics that reak of mere ‘safe’ communication in repetitive or ill-placed occasions pad the brain to need that (addiction perhaps?) over learning. So as a leader, it is truly an art form with words to speak with the wisdom of Proverbs, “Faithful are the wounds of a friend.” While your employees aren’t necessarily friends per se, it does remind us of handing out the right pains at the right time for the right purpose.

4. Live in Truth. Yeah, yeah, I know. “my truth/your truth”. But at some point if you do put your hand on a hot stove it will indeed remind you of a natural law of things that is greater than your perceptions. One of those levels of reality that I have always been blown away by was a statistic I had read in a New York Times article that stated that people nowadays are actually in a state of ‘disconnection from self” about 30 percent of their day, at least (some much longer, going through the motions in a mechanistic way). Because, at first glance (when judgments are made) behaviors that are anchored to an aware’d self look to the myopic eye of the biased brain as the same as the one truly connected and grounded, we can make assumptions about their ability to engage in the level of non-fear talk required for accountability. For we know now that the brain manufacturers rationalizations more so than apriori rational thinking. Let this then be a lesson to leaders who talk leadership buzz non-stop to head nods and smiles around them. Be wary who is really listening.

5. Remember how the world fails failure. I can recall growing up with lots of language (explicit or implicit) that the way to see human nature is through the lens of a fixed growth mindset. That is, seeing some people as being born with the talent needed to be a success. While this can make sense on the surface when you see—as a parent, let’s say—natural piles of differing outcomes from your kids start forming all around you. Before you know it, distinctions get made, lines drawn, and we see us making “He is this way, He is just not wired that way”, or “She was always that go-getter….She was never the one who self-started things…..” This messaging on the brain ironically erodes the very thing one needs in life for success—calling bullshit on one’s self when things hit the fan, and preventing the knee jerk reaction to blame. For it is the growth mindset—not the fixed mindset—that we are actually born with that craves opportunity to fail well. But parents reduce dissonance with their own brains making up stories on who these people are in front of them. And this all gets worse over time, as parents reward certain behaviors and misdirect praise turning us into “fixed mindset’ people. The corporate world also buys into this in many ways, even if just subtly. So, a courageous leader to see the water we all are swimming in….not just the “good fish”.